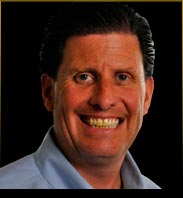 Dan joined Stonebridge in 2010 and is the Operating Advisor and Chairman of the Board of Swiff-Train Holdings LLC. He began his career in the commercial roofing and construction industry as a Field Sales Representative at Olympic Manufacturing Group, Inc. and nine years later ascended to become the President and part owner of Olympic Fasteners, a worldwide manufacturer and supplier of fasteners and accessories for the commercial roofing and construction markets. Olympics Fasteners was sold in 1997 to Handy & Harman, a diversified, industrial manufacturing company listed on the New York Stock Exchange. Dan remained president of Olympic, and was later named the Executive Group Vice President of Handy & Harman in 1998. In 2003 was promoted by the Board of Directors to President and CEO of Handy & Harman and subsequently to WHX Corp., which acquired Handy & Harman just prior to Dan becoming president and CEO. Dan received his degree from Fairfield University in 1983, and earned an Executive Finance Certification from Harvard University in 1995.